A Look at Poverty

All the believers were one in heart and mind. No one claimed that any of his possessions was his own, but they shared everything they had. With great power the apostles continued to testify to the resurrection of the Lord Jesus, and much grace was upon them all. There were no needy persons among them.

I read these verses from Acts 4:32-34a (NIV) last night as I was searching for an intro for this blog. It struck me as a description in complete contrast to the topic I had been contemplating.  Can you imagine a community of people living in harmony, in the power and grace of Jesus, and without a need among them? This is peace, this is Shalom, and according to the scriptures, it is something we can work towards even here on this earth. And so, with this hope we continue the work of being peace “shalom” makers. 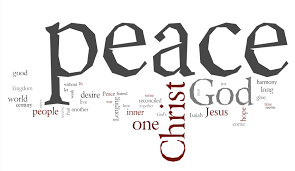 As I further meditated on what it meant to be a peacemaker I returned again to the edited writings of Henry Nouwen in the book, “The Road to Peace.”  The editor of the book refers to four elements in Nouwen’s “spirituality of peacemaking” the first three refer to, in order, an active prayer life, being involved in nonviolent acts of resistance, and thirdly, the need to work in community. But perhaps it is the fourth, and last, that is the most challenging, as Nouwen wrote “peacemaking requires living and working among the poor and the broken.” My first response to such a calling is to think of the potential levels of discomfort such actions may result in, not only because of the need to open oneself to being involved in the hardships of others, but then also because doing so makes us more aware of the poverty and lack of peace that is present everywhere in our world.  It also adds to the compulsion to search for difficult or seemingly impossible solutions to this brokeness.  Interestingly this is not the reason Nouwen gives to this fourth element in his spirituality of peacemaking, for in Nouwen’s experience and opinion “we receive the gift of peace from those who are marginalized and crushed by society, from the powerless and the vulnerable. They reflect the peace of Christ. ” This concept perhaps gains support from Jesus own words, “Blessed are the poor in spirit….” (matt. 5:3a). Our western world often tries to convince us that the rich and powerful are the blessed ones, and in some senses this is true, but whether or not these types of blessings result in experiencing the peace of Christ or the kingdom of heaven is another question.

In addition to this four-fold list from Henri Nouwen, back in August I came across two of his short devotionals, in another book ¨Bread for the Journey,¨ both of which continue this basic theme, that is, of finding God´s blessings of peace, joy and love, not only by involving ourselves in the poverty of others, but also by embracing our own. Here are some excerpts from the two:

How can we embrace poverty as a way to God when everyone around us wants to become rich? We have to ask ourselves, ¨What is my poverty?¨ Is it lack of money, lack of emotional stability, lack of a loving partner, lack of security, lack of safety, lack of self-confidence? Each human being has a place of poverty. That´s the place where God wants to dwell!…We are so inclined to cover up our poverty and ignore it that we often miss the opportunity to discover God, who dwells in it.

When we are not afraid to confess our own poverty, we will be able to be with other people in theirs. The Christ who lives in our own poverty recognizes the Christ who lives in other people´s.  Just as we are inclined to ignore our own poverty, we are inclined to ignore others´. We prefer not to see people who are destitute, we do not like to look at people who are deformed or disabled, we avoid talking about people´s pain and sorrow, we stay away from brokenness, helplessness, and neediness.  By this avoidance we might lose touch with the people through whom God is manifested to us. But when we have discovered God in our own poverty, we will lose our fear of the poor and go to them to meet God.

As Nouwen states more clearly in another part of the first devotional, ¨poverty has many forms.¨ And while these writings caused me to reflect on my own poverty, personally and/or culturally, as I hope it may for yourself, what I felt more compelled to share are visions of poverty that have spoken to me in these past two years while living in Chiapas, Mexico.

1. A young man whose mother left him at age 9 to migrate to the United States of America, who lives beside (with little support) his father and step mother, in a series of shacks and was sleeping on the ground with cardboard (which during rainy season was mainly wet).

2. Two young ladies who sell candy on the side of the street 6 days a week for 10 hours a day, having never been to school, and perhaps make between 10 and 50 pesos a day (1 to 5 dollars) to add to their family income.

3. A young mom who I see in the neighborhood working hard to collect garbage from homes and bring it to the garbage dump.  She works with a bike and trailer attachment, as her 3 little kids (one walking, one on her back, and the other sitting on the bike seat) tote along.

4. The sometimes drunk man who comes to the door asking for food often trying to convince me that it would be a blessing from God for him to receive it.

5. The little boy I see hanging around the artisan market in his bare feet asking mainly foreigners for some pesos, and I ask myself the question – does he have family who he helps to support with his earnings or is he on his own?

In all of these scenarios there is a severe lack of something, but perhaps more so is the lack of dignity, liberty and/or the capacity to change ones situation, a reflection which stems from a conference I attended a few weeks ago, entitled in English, ¨The Challenge of Human Poverty for the Mission of the Church Today¨ sponsored in part by an organization called The Micah Challenge – a global coalition of Christians holding governments accountable for their promise to halve extreme poverty by 2015. Our presenter, Erika, a Peruvian theologian, spent our first session in a discussion on The Bible and Poverty, I begin a summary of this study, by including a few OT verses she challenged us with,

Deut 15:11 ¨There will always be poor people in the land. Therefore I command you to be openhanded toward your bothers and toward the poor and needy in your land.¨

Proverbs 14:31 ¨He who oppresses the poor shows contempt for the Maker, but whoever is kind to the needy honors God.¨

While many other passages were highlighted one comment also stuck out to me ¨Poverty is not natural it is the result of violence and injustice,¨ which led us into the second half of this session in which we spent significant time looking at the ¨love¨ passage of 1 Cor 13 and the calling it gives us in how we are to show love in working towards justice for the poor. Based on verses 1-3 I summarize her main points:

In essence what this passage is saying is that love, which necessitates the promotion of justice and truth (as it is more fully described in the rest of 1 Cor 13), is a key concept in any of type of peace/justice, development, shalom/kingdom building type work, or as our speaker refered to often in Spanish, ¨ la vida plena¨ – the full/abundant life that Jesus came to give and offer us.

Which begs the questions, what kind of physical, social, emotional or spiritual poverty do we see or hear of in our communities, churches, friends, families or ourselves? And, what steps are we willing to take to show love, to speak for truth, to care for and work for others (and ourselves) in our common attempts to face and embrace poverty, and in the midst of it to find God – the source of love and peace – and ultimately together with him find freedom from, and the capacity to live with dignity in, and deal with, our human poverty.

Henri Nouwen, Bread for the Journey: A Daybook of Wisdom and Faith, San Fransisco:Harper Books, 1997.

Images: The first tso images are randomly selected from “google” images. The third is a piece of work by a local well-known artist, Beatriz Aurora, the fourth a photograph again by a local artist, Michael Vial.

This entry was posted in October 2012. Bookmark the permalink.